This post is part of a semi-regular series, you can find the other entries here and here

Before diving into any of the technical or coding aspects of performance, it is really important to understand that the main lesson to take-away from Stack Overflow (the team/product) is that they take performance seriously. You can see this from the blog post that Jeff Atwood wrote, it’s a part of their culture and has been from the beginning:

But anyone can come up with a catchy line like “Performance is a Feature!!”, it only means something if you actually carry it out. Well it’s clear that Stack Overflow have done just this, not only is it a Top 100 website, but they’ve done the whole thing with very few servers and several of those are running at only 15% of their capacity, so they can scale up if needed and/or deal with large traffic bursts.

Update (2/9/2014 9:25:35 AM): Nick Craver tweeted me to say that the High Scalability post is a bad summarisation (apparently they have got things wrong before), so take what it says with a grain of salt!

Aside: If you want even more information about their set-up, I definitely recommend reading the Hacker News discussion and this post from Nick Craver, one of the Stack Overflow developers.

Interestingly they have gone for scale-up rather than scale-out, by building their own servers instead of using cloud hosting. The reason for this, just to get better performance!

Why do I choose to build and colocate servers? Primarily to achieve maximum performance. That’s the one thing you consistently just do not get from cloud hosting solutions unless you are willing to pay a massive premium, per month, forever: raw, unbridled performance….

It’s also worth noting that they are even prepared to sacrifice the ability to unit test their code, because it gives them better performance.

Now, this isn’t for everyone and even suggesting that unit testing isn’t needed or useful tends to produce strong reactions. But you can see that they are making an informed trade-off and they are prepared to go against the conventional wisdom (“write code that is unit-testing friendly”), because it gives them the extra performance they want. One caveat is that they are in a fairly unique position, they have passionate users that are willing to act as beta-testers, so having less unit test might not harm them, not everyone has that option!

For a more detailed discussion on why this approach to coding can make a difference to GC pressure, see here and here.

Sharing and doing everything out in the open

Another non-technical lesson is that Stack Overflow are committed to doing things out in the open and sharing what they create as code or lessons-learnt blog posts. Their list of open source projects includes: 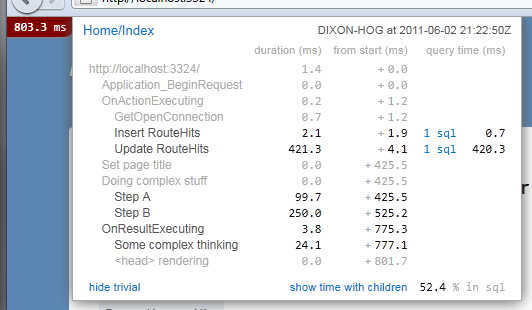 All these examples show that they are not afraid to write their own tools when the existing ones aren’t up-to scratch, don’t have the features they need or don’t give the performance they require.

As shown by the development of Opserver, they care about measuring performance accurately even (or especially) in production. Take a look at the images below and you can see not only the detailed level of information they keep, but how it is displayed in a way that makes is easy to see what is going on (there are also more screenshots available). 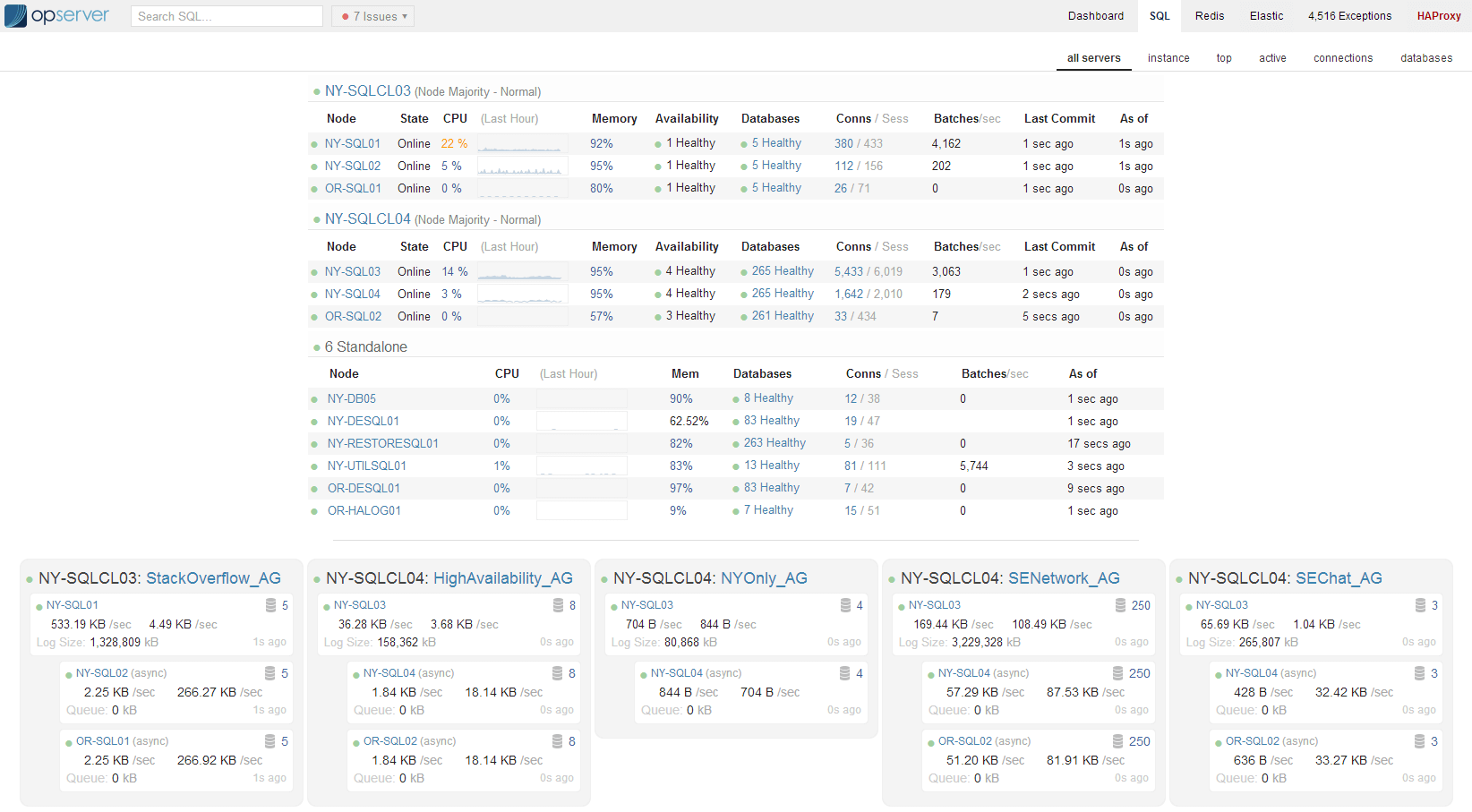 Finally I really like their guidelines for achieving good observability in a production system. They serve as a really good check-list of things you need to do if you want to have any chance of knowing what your system up to in production. I would image these steps and the resulting screens they designed into Opserver have been built up over several years of monitoring and fixing issues in the Stack Overflow sites, so they are battle-hardened!

5 Steps to Achieving Good Observability: In order to achieve good observability an SRE team (often in conduction with the rest of the organization) needs to do the following steps.

Next time I’ll look at some concrete examples of performance lessons for the open source projects that SO have set-up, including the crazy tricks they use in Jil, their JSON serialisation library.